Our CAL Family is essential to our success.

We have a dedicated team of coaches, instructors, and staff who demonstrate what it means to live their passion. Their talents and passions shine through in their daily activities, which provides our company the means to lead the way.

Learn about what our amazing CAL Family has to offer players. Our team is all First Aid, CPR, and AED certified by the American Heart Association.

The kids love Coach Dean. His smile and enthusiasm bring something to sports instruction that not many are able to bring. Coach Dean teaches many of our programs from preschool to high school age to Sports Explorers to basketball training and coaches AAU basketball. Coach Dean started his athletic career at Wissahickon High School, where he was captain of the basketball team and co-captain of the tennis team. Coach Dean played area and state tournament softball for ten years and coached for five years. He coached travel basketball for Montgomery Township and coached in the North Penn YMCA’s youth basketball league. He is a certified AAU and USA Basketball coach and has coached a CAL Sports Academy team that went to Nationals in Detroit. Many players that Coach Dean has trained or coached have made their travel, middle school, high school, and college teams. Coach Dean brings thirty years of basketball knowledge and experience to CAL Sports Academy.

You’ll see Coach James on the court during the Basketball League games and many school’s out and summer camps.

Coach James is a graduate of North Penn School District and has been a participant in local area sports at the North Penn YMCA and North Penn Boys and Girls Club including basketball and soccer.

Coach James believes in stressing core fundamentals, self-confidence, and hard work so each athlete may reach their own maximum potential on and off the court.

Coach Tim is a graduate of Souderton Area High School, where he started volleyball during his freshman year. He was captain of the Varsity Boys Volleyball Team his senior year. Tim led the Suburban One League and District One in attack points and attack percentage that year.  He is currently transferring from Montgomery County Community College to Temple University. He is majoring in Secondary Education and Social Studies.  He works for the North Penn School District Extended School Care as a before and after program assistant.

Tim has played volleyball year-round for eight years. He has played for both AAU and USA volleyball teams throughout high school. His love for the game and knowledge of the sport has increased throughout his tenure as a player. He is looking forward to coaching at Cal Sports Academy. 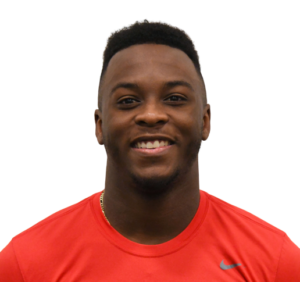 Cordell Lord is a part of the CAL Sports Family! From the time he was given his first basketball, Cordell has played in the In House leagues, Travel team volunteered as a Jr Ref was an assistant coach and now landed as the head coach of our high school teams. He graduated from North Penn High School. During his career at North Penn High School, he was a four-year varsity point guard starter for the boys’ basketball team, while also being a captain his senior year. He currently holds the all-time record for most assists in a season and in a career by a player. During his time at North Penn High School, he was recognized and invited to play overseas in Hawaii and Las Vegas in 2013. He also participated in track and field as a sprinter for one season, making qualifying time to compete in Penn Relays. Coach Dell was a student-athlete at Immaculata University, graduating with B.A. Science Degree in Exercise Science and concentrating in Sports Management. He also minored in Business Management and Human Resource Management. Cordell has started his Master’s degree at West Chester University and will be working towards his Masters of Public Administration as well as earning certificates in Athletics and Sports Management. Coach Dell recently received his USA Basketball Coaching certification for 2019 and became an Assistant Basketball Coach at West Chester University.

You will see Coach Dell coaching camps, and in clinics here at CAL Sports Academy.